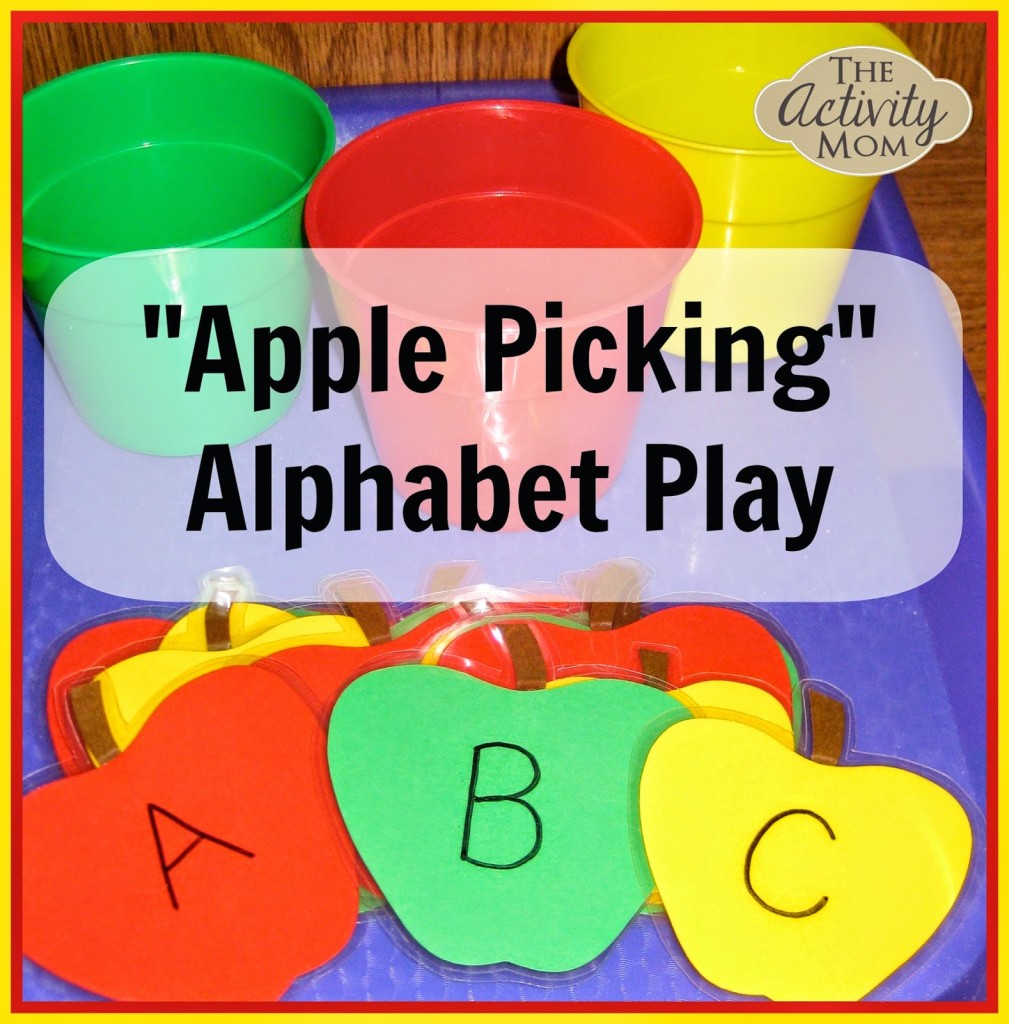 I have just started exploring the alphabet with my curious two-year-old.  Whenever she sees writing she points and says “ABCs!”, so I figured now was as good of time as any to embrace that curiosity and have some fun with letters.

This apple alphabet picking game is a simple, no-pressure way to explore the alphabet with your little one.

To prepare this activity I made some alphabet apples by taking some apple cut-outs I had from a previous activity and writing the letters of the alphabet on them.  Ours were three different colors, but they don’t have to be.  (In fact, they don’t even have to be apples! You could easily do this same activity with different shapes.)

Then I hid the apples around the room or outside (or you could just set them out if your child isn’t ready for a hunt).  I told my daughter we were going to go pick apples and sang this song as we walked around the room:

(to the tune of “Farmer in the Dell”)

We’re looking for some apples,

We’re looking for some apples,

We’re looking for some apples!

Our song involved playing a tambourine as we walked, because my daughter LOVES playing instruments! 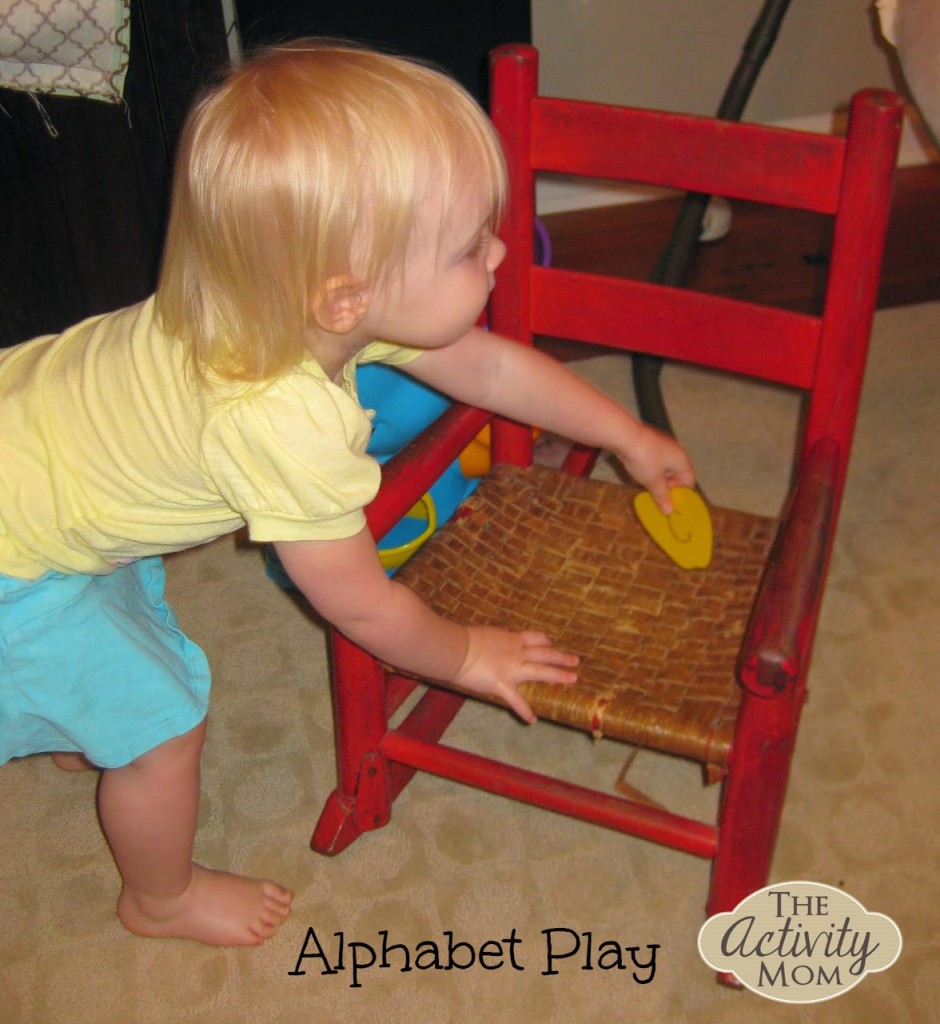 When we would find an apple, I would get really excited and say “We found a letter A!” I’d hit the tambourine and say “A!” and then she would do the same.  Then we would walk back to where we started singing the same tune with new words:

We found the letter “A,”

We found the letter “A,”

We found the letter “A!”

As we were singing, I would pause before saying the letter in the song and she would usually finish the phrase, since we had just named the letter.

Because our apples were three different colors, we finished by putting the apples into the matching color cup. Then we would go off in search of more apples! 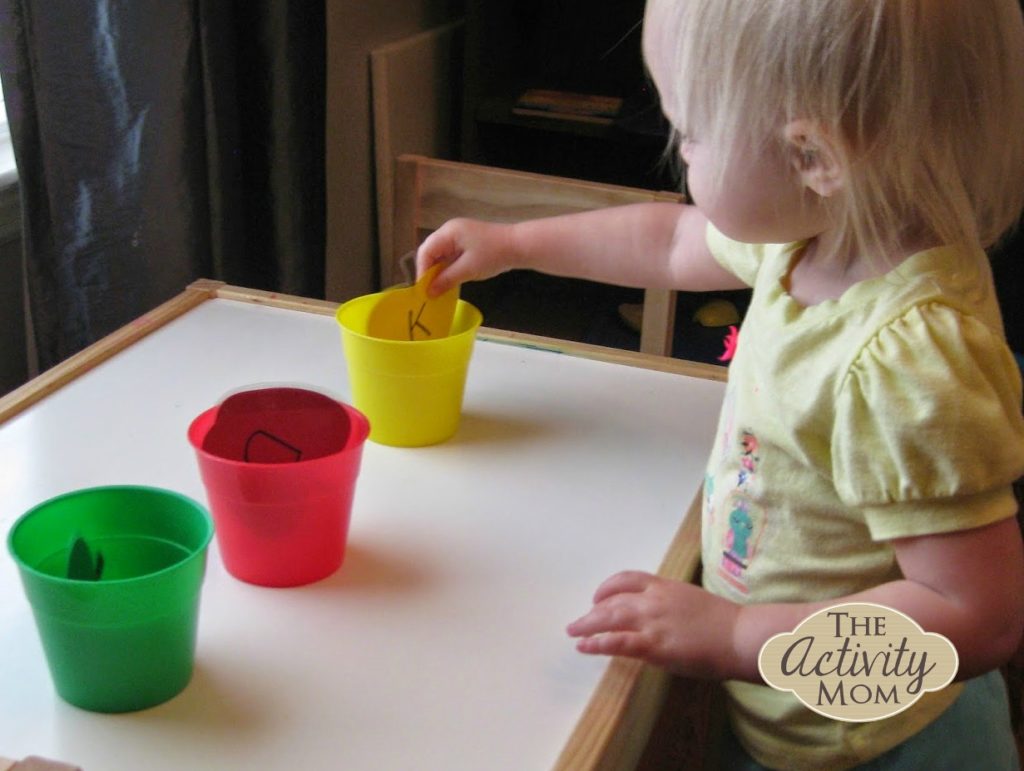 This alphabet apple activity could easily be modified to hunt for numbers, colors, shapes, or even sight-words.