My 14 month-old little man has been OBSESSED with balls since he was about 10 months old. It was his first word and continues to be the word said most often every day. My husband came up with the idea of a DIY Toddler Ball Pit. 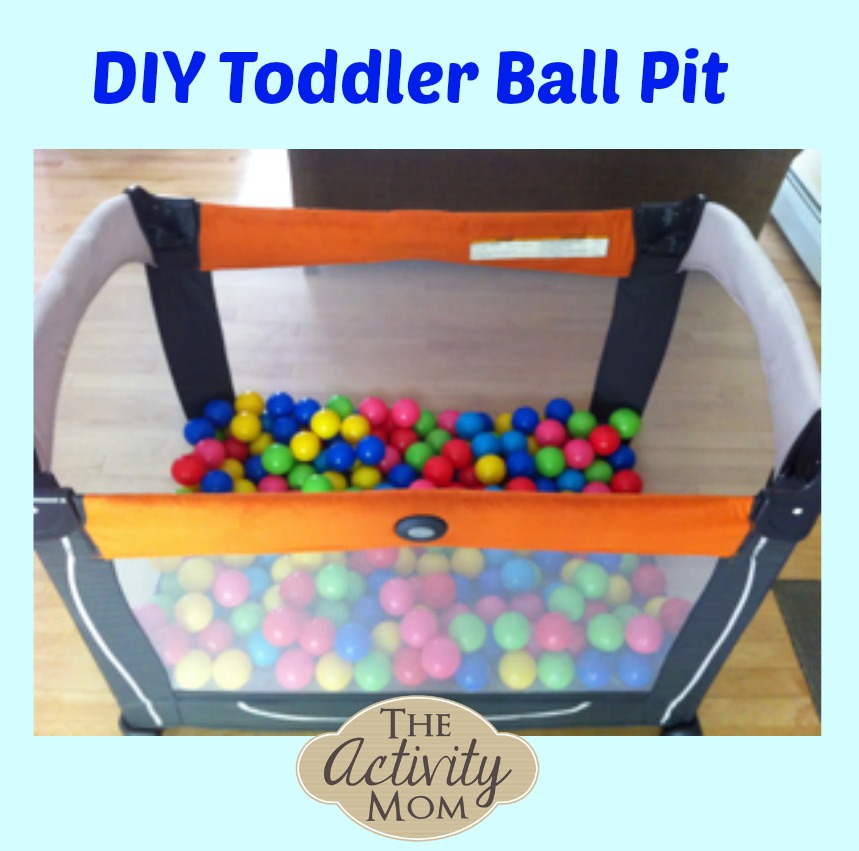 So we thought, why not fill the pack-n-play?! So we bought a bag of ball pit balls for 30 bucks and he loves it. It has been one of little man’s favorite things to do.

Reasons why a DIY Toddler Ball Pit is so awesome: