Today we took our learning to our favorite place: outdoors!! I wrote the alphabet and numbers 0-20 on our driveway in chalk. Learning letters and numbers outside is so much fun. 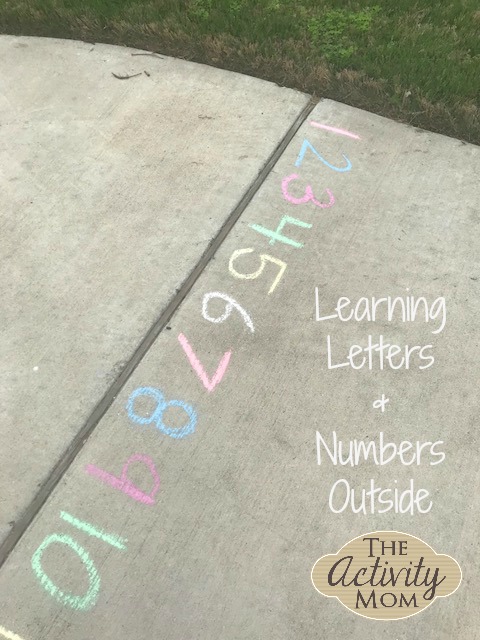 With the alphabet, we said it forward and backwards while actually walking on each letter. My son knows all his letters but struggles with randomly knowing what comes next without having to start at A. For example if I say what letter comes after G he would have to start at A and recite the alphabet until he got to G. So I would call out run to E and then once he found it we would talk about what comes before and after E.  Then I’d call out another letter. He loved this game!

With the numbers I would say find number 14 and he would run to number 14. Then I would say if I add 3 to 14 what number do we get? He would step on 15, 16 and 17 while counting his steps. Then he would shout SEVENTEEN!! We did this forwards and backwards a lot. He really liked trying to find the numbers.

Learning letters and numbers outside was simple and fun with absolutely no materials other than chalk! 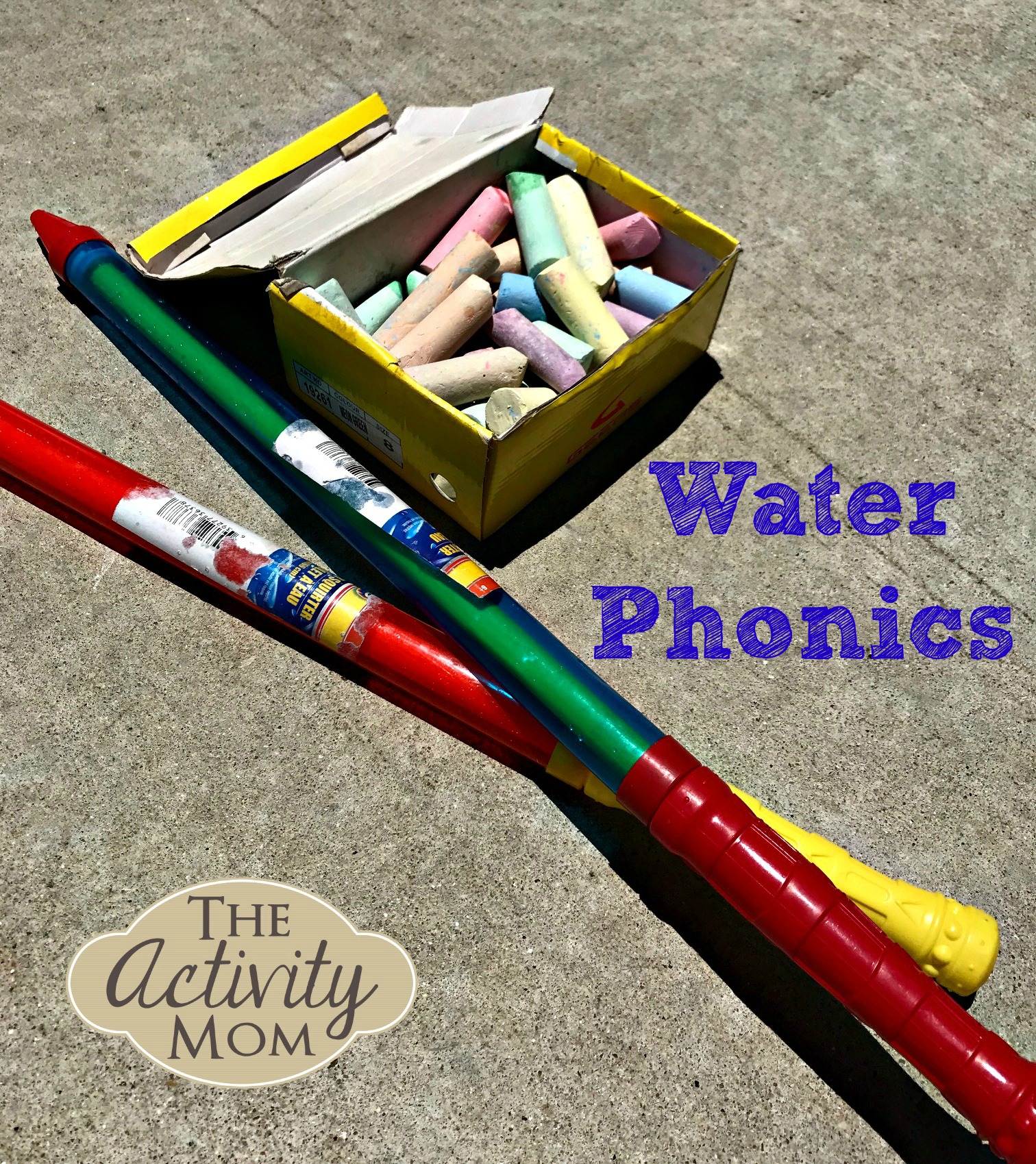 You can also make letter rocks to play and spell with outside.

You can also use water balloons with learning letters and numbers. 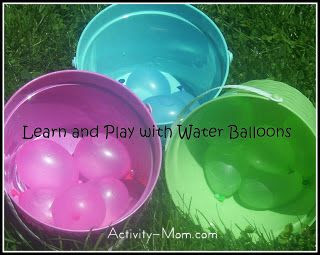