This United States Landmarks Matching Activity is free to download and there are a variety of activities you can use it for to make learning fun. These free printables will feature photographs of each landmark as well as the landmark names. Whether you are a social studies teacher or homeschooling parent, you can learn about these American symbols in an engaging way. 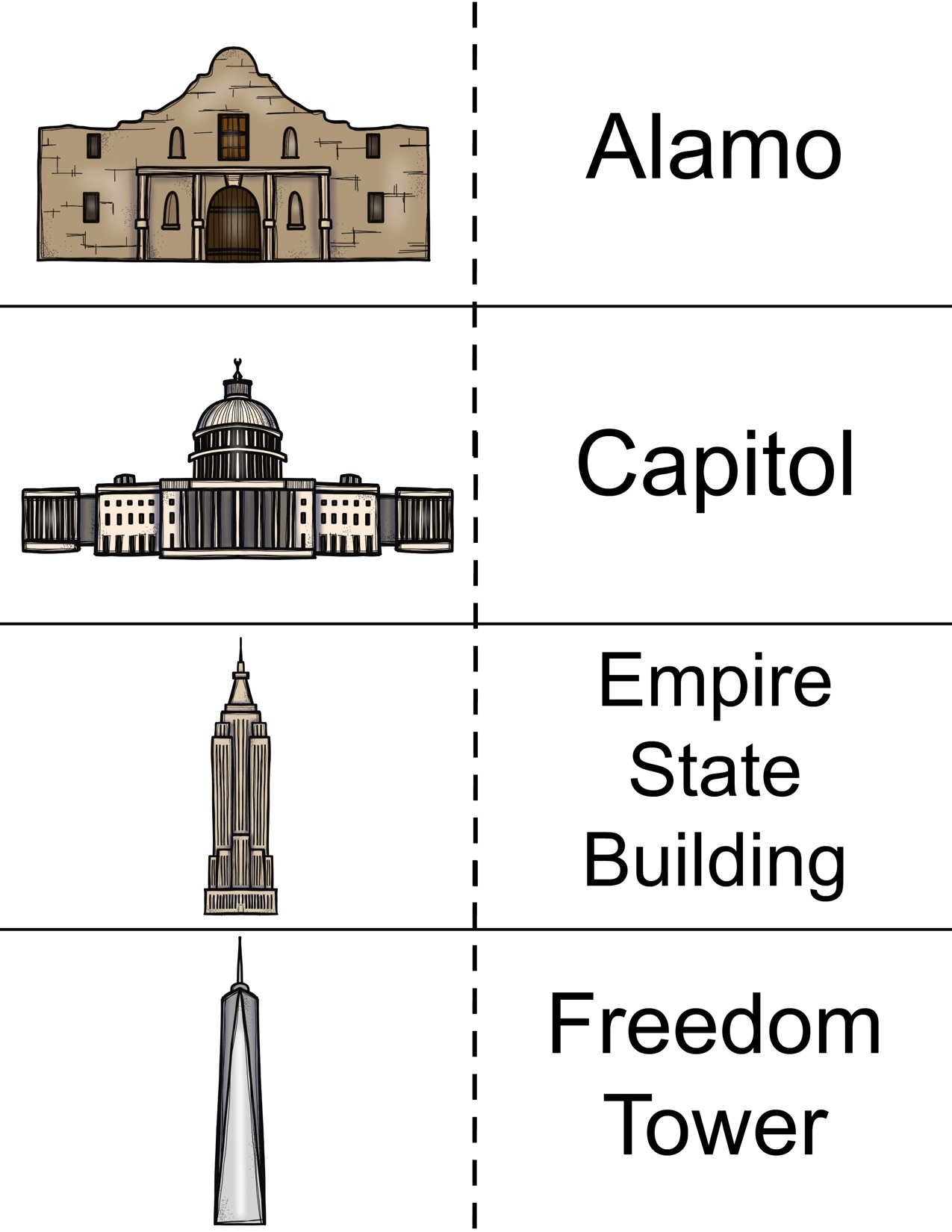 These national monuments are not only famous landmarks, but also tourist attractions in different regions of the United States of America.  These printable worksheets are a great way to help students learn about different landmarks and why they are important. 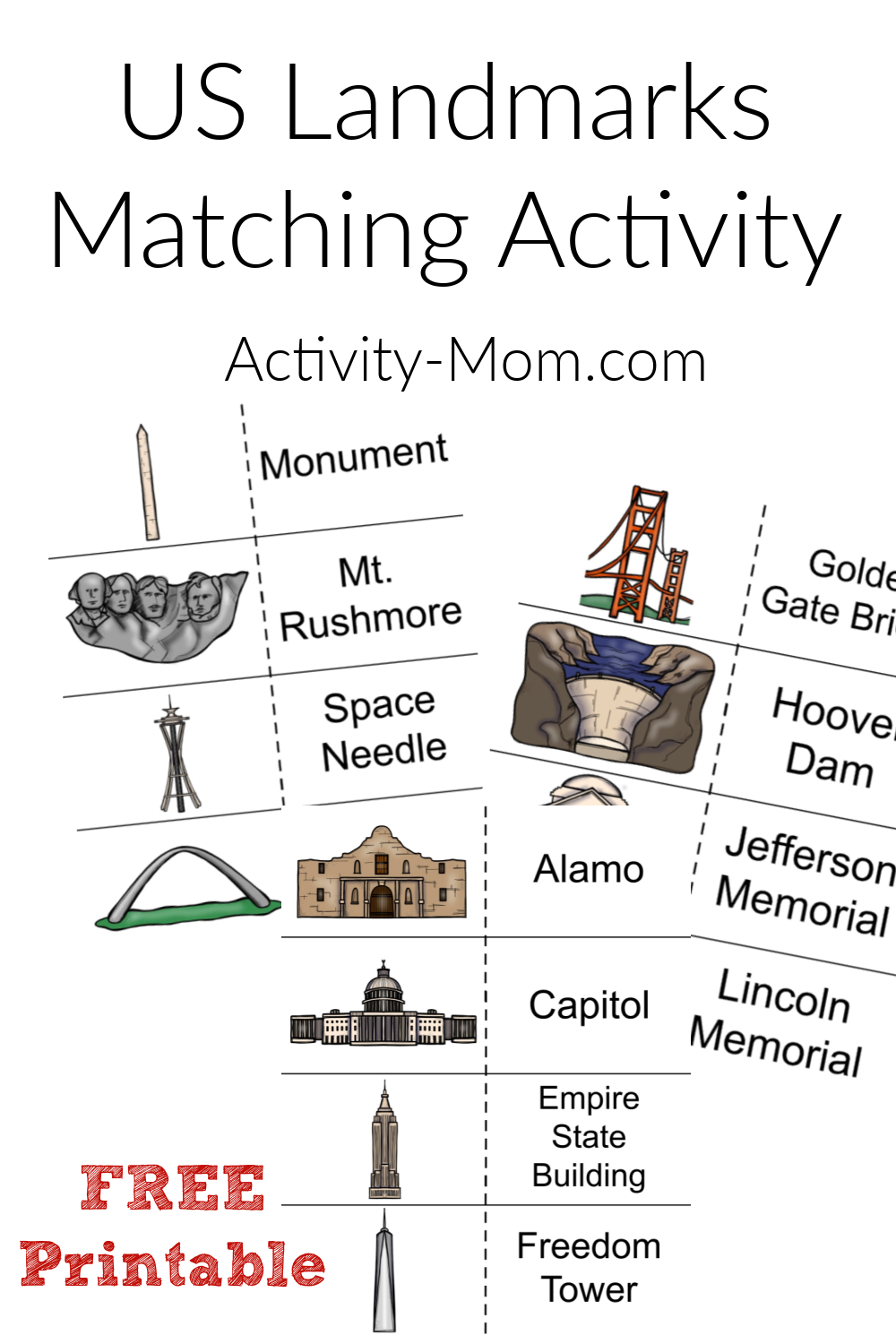