How to Change a Behavior 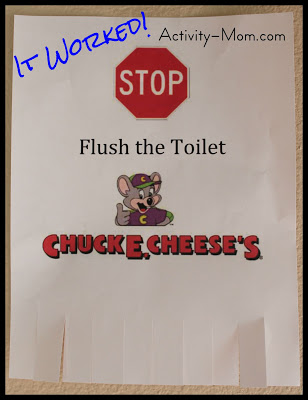 Confession…both of my kids have this habit of not flushing the toilet. Gross, I know! After continual reminders and reprimands that didn’t seem to be working, I knew I had to try something new to change a behavior.

I read about this reward system in Family Fun Magazine (June/July 2013) and knew that I had to give it a try.

Setting Up to Change a Behavior

Implementing to Change a Behavior

First, I told the kids, “On Friday we are going to Chuck E Cheese. Each of these tabs is worth $1. If all of these tabs are still on these signs on Friday, we will take $20 to Chuck E Cheese for tokens.” They were jumping up and down and cheering.
Next, I told them, “But each time I walk into the bathroom and the toilet isn’t flushed, I’ll have to rip a tab off. That means there’s one less dollar for tokens.”
The best part for me was that I didn’t have to give reminders anymore. The reward system works on its own. However, I could just imagine the kids blaming each other about who’s fault it was that they lost $1. So I made sure that they understood that it was a team effort.  If they walked in and it wasn’t flushed, that they should flush it and quietly, secretly remind their sibling.

At the end of week 1, we took all $20 to Chuck E Cheese with us. Yay! Now it is the middle of the second week and I’ve had to take 2 tabs. Not perfect, but still a huge improvement.
My plan is that we will do this for an entire month because it should take that long to form the new habit. This reward system puts them in charge of their own actions. I don’t feel like I’m bribing them to flush the toilet (although in a sense I guess I am). I’m giving them an incentive to help form a new habit.
I realize not everyone struggles with the gross, flushing the toilet issue like we do. This system can be customized to work in your home too to change a behavior! Your sign could be a reminder to pick up certain things or to complete a chore. The tabs could even be worth minutes towards doing something special.
Share on
Previous Post Next Post 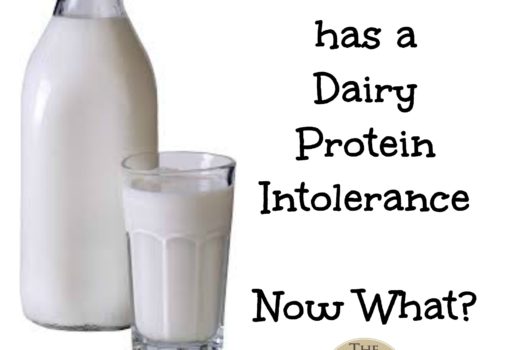