Skip to Content
In The Mixed Up Alphabet by Steve Metzger, the letter Z is tired of always being last so the letters mix themselves up only to decide children will not be happy if the alphabet song is out of order.

We’ve been reading this book so much lately that I decided to make an activity to go with it. 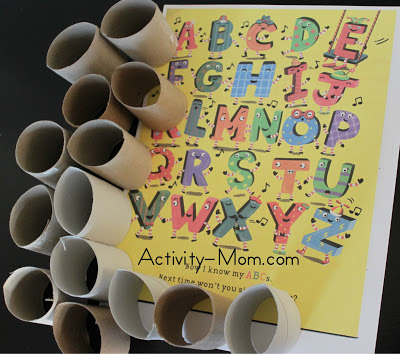 I copied the last page of the book onto cardstock and cut the letters out. Then, I taped each letter to the top part of a toilet paper tube (I actually cut the tubes in half).
Now you are ready to play!

After reading the story, help the mixed up letters get back in order. Point to each one as you sing the alphabet song.

Put a few letters in a row and leave a space for a missing letter. Sing the song and figure out which letter is missing. 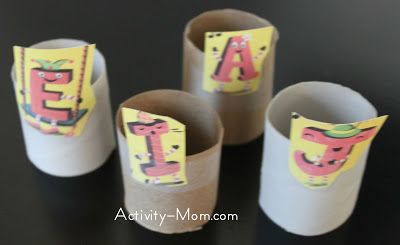 Sort the letters by color. Pick a certain color and name each letter or letter sound.
Click here to cancel reply.

Mix It Up Alphabet

What a wonderful book tie in! I love the idea of using the same letters as were in the book.

Thanks! I think it really helped her to make a connection to the book.

[…] 1.The Mixed Up Alphabet by Steve Metzger with a fun activity by The Activity Mom! […]