Skip to Content
On weekday afternoons, I tutor elementary students out of my home.  M is always fascinated by this and begs to be “tutored” too.  Last week, I had an unexpected cancellation and called in M as my next student instead. She was thrilled. I grabbed a handful of index cards, a marker, and a box of paperclips.  We got to work on these Everyday Math Games. 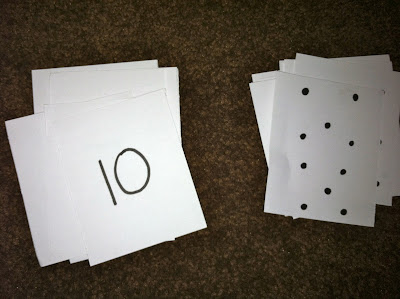 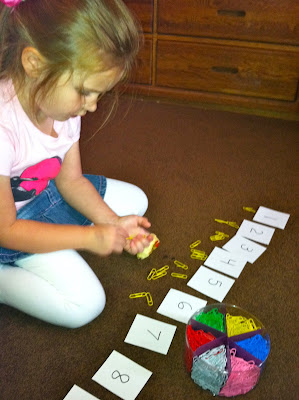 Next up, she made a number line.  Then, she counted out the correct number of paperclips (she insisted on using all yellow) and made piles under the number card.
When done, ask questions like: 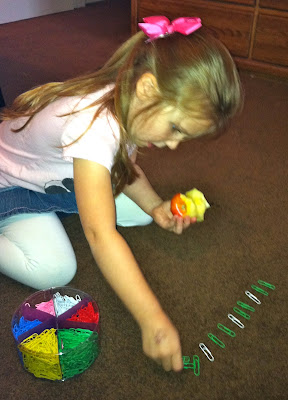 Start patterns off and have your child finish them.  Who doesn’t love manipulating tons of colorful paperclips?! Help out by reciting the pattern, making it easier to decide what comes next. 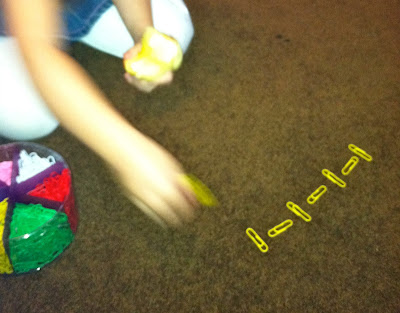 I am due to buy more paperclips at Staples. I was planning to get the plain Jane ones, but now I think I will buy a bunch of different colors. What a great idea!