Skip to Content
With the 4th of July right around the corner, I thought it would be fun to do some toddler learning with red, white and blue! Here are several, fun Fourth of July Activities for your toddler. 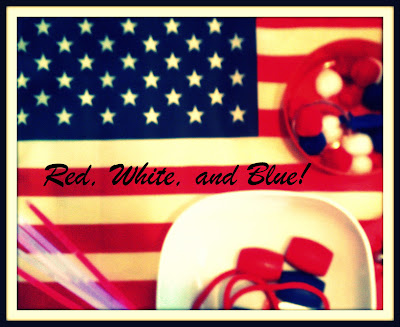 Start out the activities by sharing the American flag.  Talk about the flag with your toddler.  What colors are on the flag?  Count the red and white stripes. What shapes are on the flag?  Count the stars.  LM enjoyed waving the flag and talking about it.  Next, we said the pledge of allegiance together.  He did his best repeating after me.  Indivisible is a hard word for a 2 year old!
Activity 1: Transferring/Sensory Activity with Bells 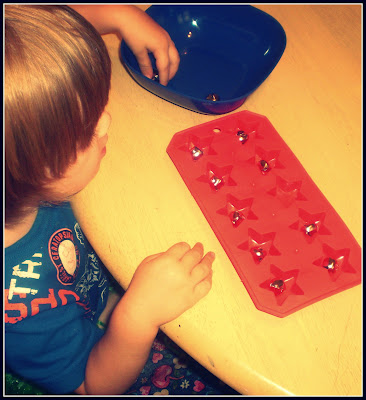 This was LM’s favorite activity.  He enjoyed ringing the bells as he put them in each star.  We counted to ten and then started all over again! 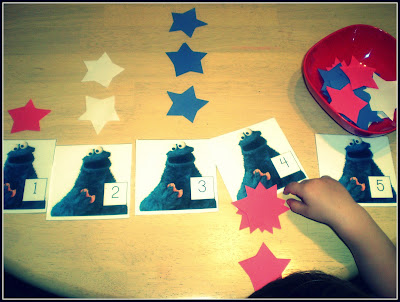 LM was a bit cranky when we did this activity, so it didn’t go over as well as I had envisioned. I’m glad we chose to count to 5, because my original plan was to count to 10, keeping a red, white, and blue pattern. We talked about the star shape and the colors of the stars.  Next, I guided him to count stars.  We talked about the number on each cookie monster card. You can use any type of numbers or make your own. I thought it would be fun to count with Cookie Monster! 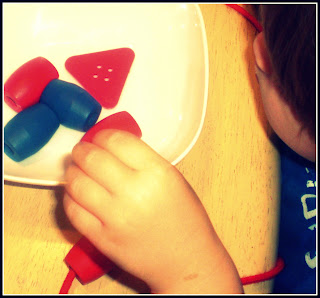 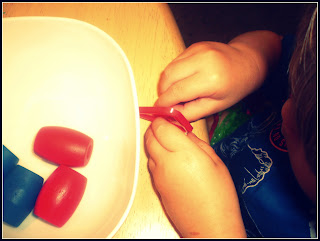 Lacing is always great for little hands! I also added in a couple of red and blue shapes that had holes in them.  LM is still working on this skill. Practice, practice, practice…
Activity 4: Glow Stick Wand 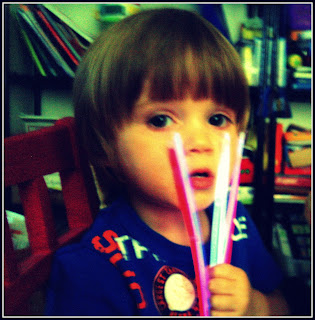 This glow stick wand activity was great for these little hands!  After twisting and cracking each stick to get them working, LM had to put each of them into a small hole to make the wand shown.  I purchased this for just a dollar and it was such a great fine-motor activity.  Get a closer look at the store photo below… 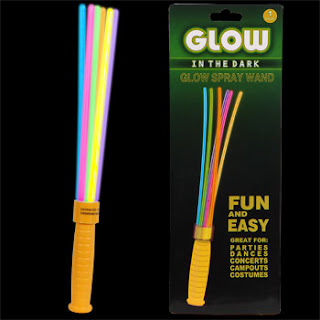 One last activity that I did with LM was pom, pom play.  After scooping the red, white, and blue pom poms into a variety of containers, he enjoyed simply just playing with them.
All of the above activities were inexpensive and easy to organize.
Have a great 4th of July!
Written by Jen
Click here to cancel reply.

I know a little boy that would love a wand like that.

so fun! I was happy to find a patriotic one. :)