When S was little, I posted a hand-made poster of the ABC’s on the wall in our dining room. I had both capital and lowercase displayed, so that she could learn both at the same time. She enjoyed having this visual on the wall and at times I would see her pointing to the letters as she sang her ABC’s.  For LM, I made an alphabet board with flashcards. 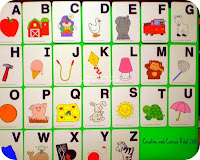 Besides reading (everyday if possible), there are a variety of things that you can do with your preschooler or kindergartner to review letter and sound recognition. Below are a couple that have been successful in our family.

ABC Puzzles: Foam puzzles for the floor or bath. Sunshine learned a lot of her letters and sounds from bath time letter puzzles that went on the wall. The letter was inside the animal that began with that letter.

Letter Menu: Cut out foods from magazines and grocery fliers and paste them on letter page. Example: A=apricots, apples B=bananas, beans C= carrots, cream cheese and so on. We would then play restaurant and order food from the colorful alphabet book. 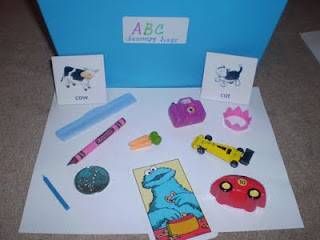 Letter Collage: Similar to above, but you can cut out any pictures that begin with the letters in the alphabet. Have your preschooler write the letter next to the picture to practice writing the letters.

Letter Walk– Find letters on signs and have your child identify the letter. This can also be done with colors, shapes, or a good old scavenger nature hunt.

Letter Theme Weeks– Work on one letter for the week and center the activities around that letter.  For example, for letter Oo, LM created a large Oo, learned about the color orange, and colored an octopus. 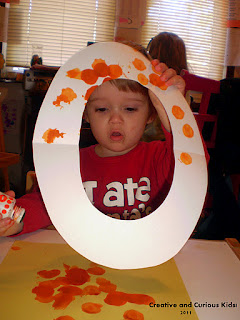 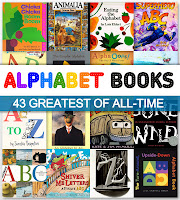 I came across this after seeing a link from the HEAV website. Refreshing ideas for a mom that needs new ones-I still have 2 little ones at home that need to learn the abc's (ages 3 and 4)....while also doing 2nd, 3rd, 7th, and 8th grade this year!

Anu.. thanks for stopping by The Activity Mom and commenting. I appreciate the feedback. :)

Nice ideas. Thanks for sharing!

What a wonderful resource! I will be back to look at this again.

Great! I hope there is something that you will be able to use. :) This is why I love blogging so much.. the ability to share resources and learn from other parents/teachers.