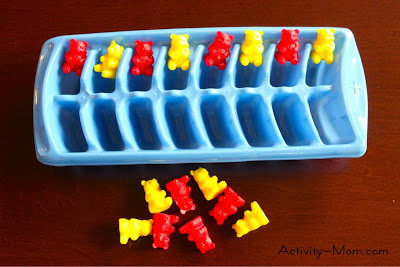 An ice cube tray is great for introducing patterns.
We used plastic bears for our pattern “game”, but you can use anything you have on hand – blocks, crackers (cheese it, ritz, cheese it, ritz), beads, etc. 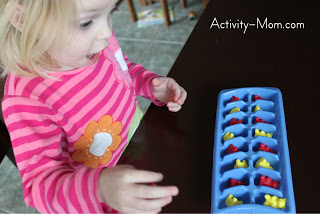 Next, I gave her 8 bears of different colors. I said, “Now you make a pattern for me to copy.” 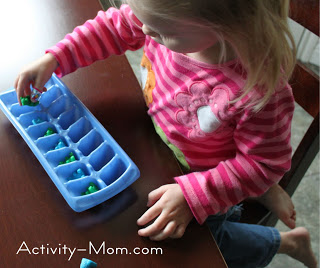 She made her AB pattern (blue, green, blue, green) and then I copied hers in the row below.
She thought it was so cool that I was copying her pattern. 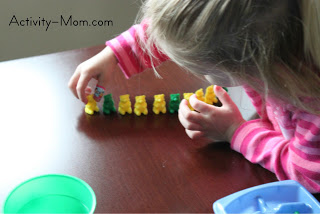 After we did this “game” several times I suggested we sort the bears by color into the cups before we put them away.
Instead, she wanted to make a bear family. She lined them all up, named them, and played with them for the rest of the morning. It was a great reminder that each child learns differently and she learns best through play!
Click here to cancel reply.

Great ideas! We are working patterns this week and I found your post. I linked to it as a great resource! We LOVE counting bears. :)

I love this idea! Trying it today!