Skip to Content
Is your tot starting to name letters, notice letters around the house, or asking how to form certain letters?  If so, she’s probably ready to start playing with the alphabet!  Here are some fun ways to get your tot doing hands-on learning.

Ways to Play with the Alphabet 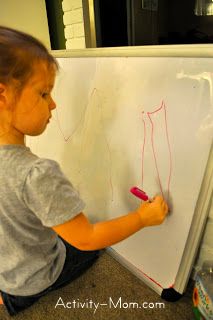 I picked this giant whiteboard at Costco and it was a GREAT buy.  We don’t hang it, but instead move it around the house, wherever she’s interested in learning!  Paired with some erasable markers, it’s a fabulous way to give your tot LOTS of space to write and make those curvy and straight lines. 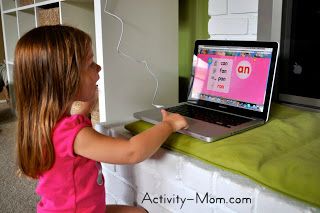 If you’re looking for something free and AWESOME, we highly recommend Starfall!  It’s a great website for early letter development and phonemic awareness. 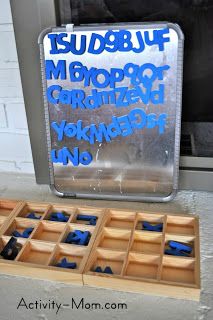 Pair a magnetic whiteboard with some foam, magnetic letters (mine are from Lakeshore and they’re super durable and come in upper and lowercase form).  I put these out and let G (2 years old) “write” a story with them.  He loves this activity and it gets him working and touching those letters. 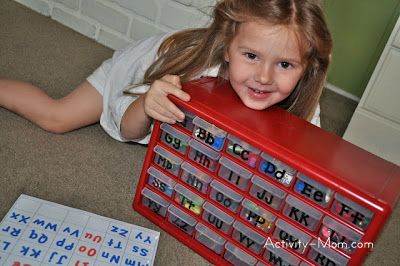 And of course, the most AWESOME way to play with the alphabet is to create some alphabet drawers, packed full of tiny objects!  At almost 6, it’s still M’s favorite activity and has grown with her since she was 2.5.

For more alphabet fun, take a look at The Activity Mom’s Alphabet Favorites!