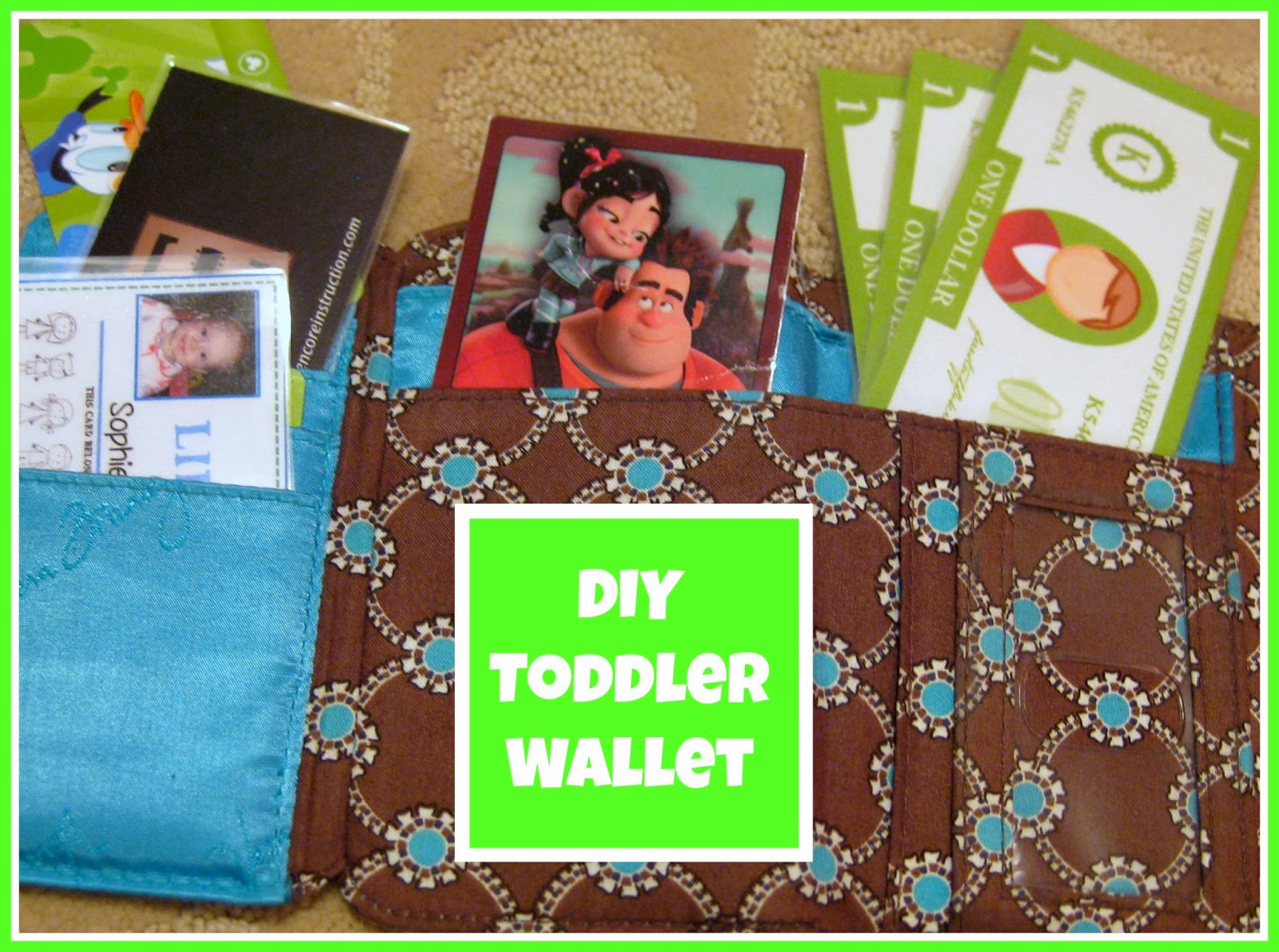 My toddler found a new fascination with wallets and cards of all types while we were discovering ways for her to play while traveling.  She already had an old wallet of mine in her toy box, but I decided to spice it up a bit for her by adding cards and play money, since taking things out and putting them back in is one of her favorite ways to play.

I started with a couple “souvenirs” from our Disney trip – Wreck-It Ralph’s autograph card (one of her favorites) and our used park tickets.  Then I added one of Daddy’s business cards and an old rewards card from our pharmacy. I saw an adorable DIY home library card by Or So She Says a couple weeks ago and decided to make one so that Sophie would have an “ID” with her name and picture on it.  Let’s face it – the girl loves looking at pictures of herself.  😉  I followed the simple directions on the blog and then laminated it since it will be played with extensively. 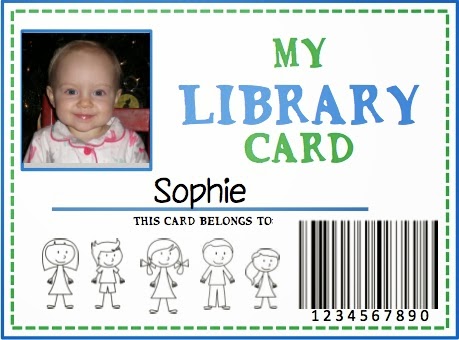 I also printed and laminated some play money and added some wooden “coins” in the coin purse. 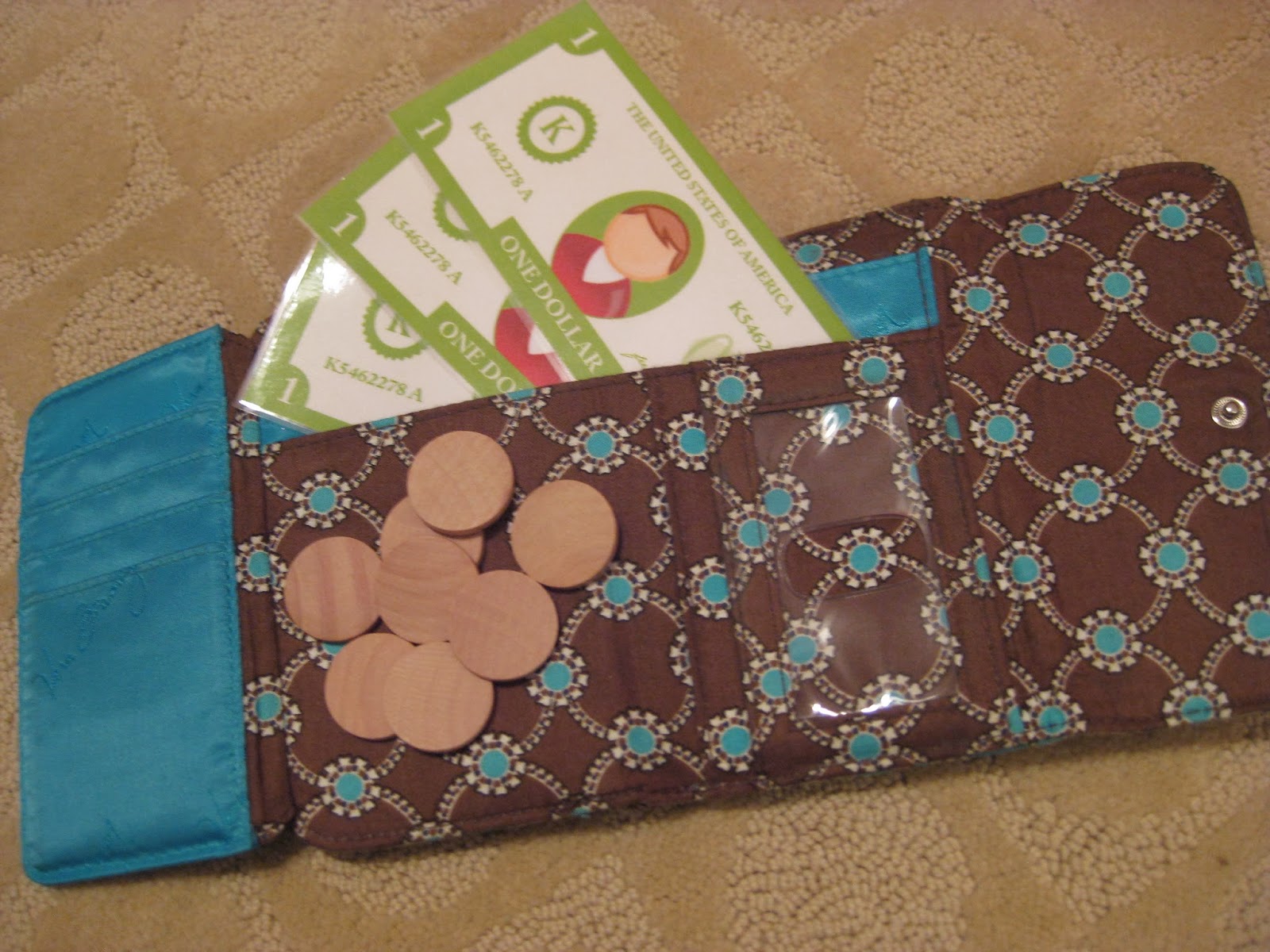 Other things you could add:  any empty gift cards, fake credit cards/airline cards sent in the mail, wallet size photos (or pictures from magazines).

Now we have a simple, inexpensive toddler toy that is easy to throw in my purse or diaper bag to entertain my little one on the go!

@Nicole, I use packaging tape it's cheap and easy way to laminate per say for little ones.basically water/chew proofing

I have a Scotch Thermal Laminator and the laminating pouches that go with it. I use it all the time! You can also take it to an office store and have them laminate it for you.

Love this! My granddaughter loves going through our wallets and purses. Where did you get the pattern for the wallet. I don't see a link or instructions. Did I miss it?

The wallet is just an inexpensive one we picked up at the store.

Super cute! I have to remember this!