Skip to Content
In an effort to expose my daughter to the alphabet in a fun, pressure-free way, I’ve been working to integrate it into our play.  This week we have been learning about pets, so I made these ABC dog bones to feed our “pet” puppy with this alphabet puppy game! 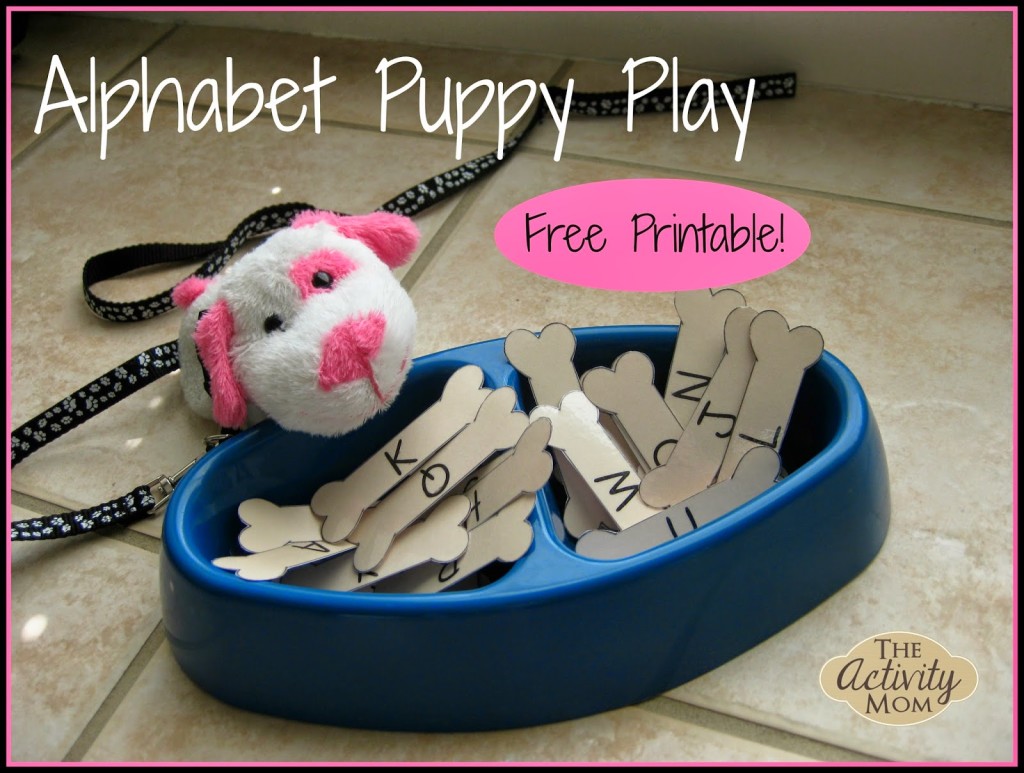 As my daughter “feeds” them to the stuffed puppy, I say the letter name and she repeats it after me.  Sometimes we look for a certain letter (she loves the letter “O”!), and other times we just pull whatever one is close.  There is no real goal for this activity except to provide a fun way for us to talk about the letters.

We also used the bones to “sniff out” a letter.  I would hide a few bones around the room and we would pretend to be dogs, sniffing around until we found a letter.  Then, of course, we had to bark in excitement, and I would tell her the name of the letter.  Then my sweet little puppy would take the bone to doggy bowl we’re using for pretend play (dollar store!).

I made the printable to include both upper and lowercase letters, so you could easily play a matching game with older kids or expand the dog bone hunt to involve finding the matching lowercase letter.

These could also be fun “dinosaur bones” to dig up from a sand box or other sensory bin! 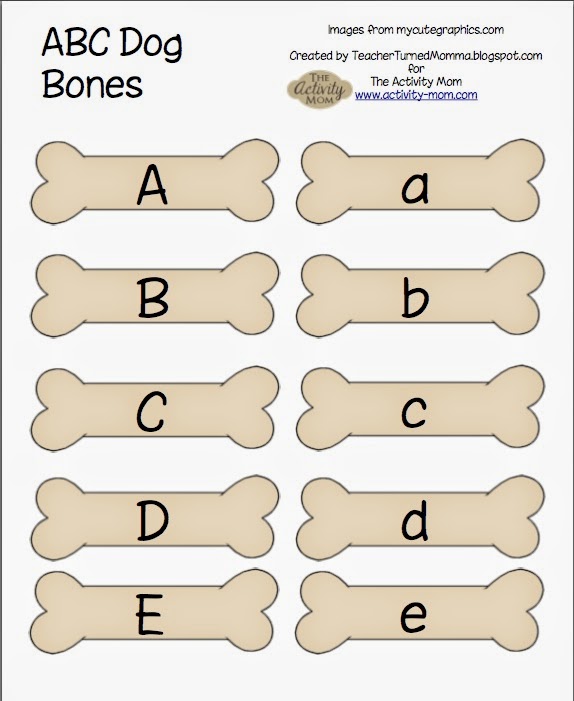 Simply print the Alphabet Dog Bones, cut them out, and play!

Thanks for sharing this. We're working on alphabet/letter recognition with my grandson and this will be a fun activity.

This is such a cute idea! Thank you for sharing!