After you read and talk about these cheetah facts with your child, give the cheetah crafts and activities a try.

Exactly how fast can a cheetah run? Cheetahs are big cats with long legs to run high speeds. When a cheetah runs its top speed of up to 70 miles per hour. That’s as fast as a car on the highway! They are the fastest animal. Their flexible spine helps them run full speed.

A baby cheetah is born blind. It can see after about 3 weeks.

What do they eat? Cheetahs hunt for and eat antelopes, birds, warthogs, zebras, and deer.

Cheetah cubs stay with their mom until they are about 1 1/2 years old. Then the young cubs stay together for another six months. After that, the girls go out on their own and the boys stay in small groups with their brothers.

Do they live as a family? Cheetahs are solitary animals. Female cheetahs usually live alone or with their babies. Males will form small groups, which are often made up of brothers from the same litter.

Their scientific name is Acinonyx Jubatus which means spotted one.

Cheetahs have amazing eyesight! That keen eyesight helps them see smaller prey that is 3 miles away.

Larger predators such as another large cat like lion, hyenas, or African wild dogs often take food from the cheetah. The wild cheetahs don’t want to fight so they will often walk away from the food that they worked hard to catch if another animal challenges it. 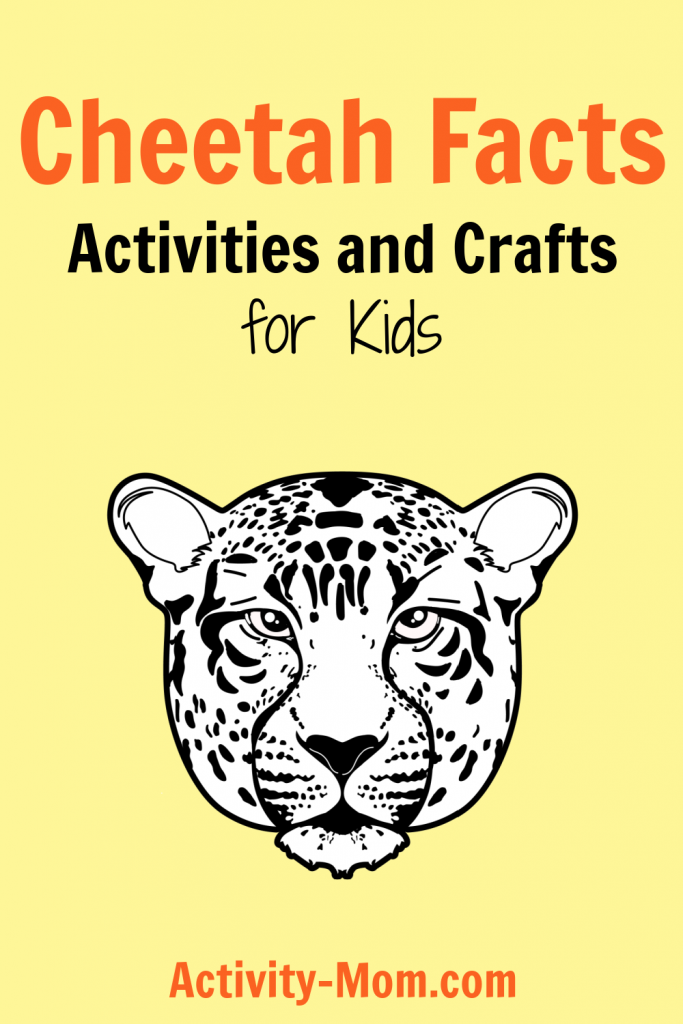 A cheetah has about 2,000 round spots. The cheetah’s spots are special like finger prints.

They hunt in the early morning and day time about every 2 days.

Cheetahs don’t have retractable claws. They stick out a little bit which helps them run their maximum speed.

Thirsty? Cheetahs only need to drink water every couple of days and can last up to 10 days without water.

Long black lines run from the cheetah’s eyes to their mouth. These are called tear marks. The tear lines help with the sun’s glare which is another reason they have excellent eyesight.

Cheetahs can be found in Africa and live and hunt in the open grasslands. After they catch their prey, they bring it back to the tall grass to hide so nobody will see the food they caught and try to take it.

The cheetah population is becoming less and less because of the loss of habitat (where they live) and the food they eat.

Cheetahs are the smallest of the wild cats in the cat family.

The fastest mammal needs its body to be pretty special to be able to run that fast. The cheetah has a long tail that helps the cheetah change direction while running. The muscular tail is kind of like a steering wheel on a cheetah’s body. The cheetah’s large nostrils also help it breathe heavily as it runs so fast.

Cheetahs don’t roar like other wild cats. Instead they purr like a house cat. Isn’t that adorable? 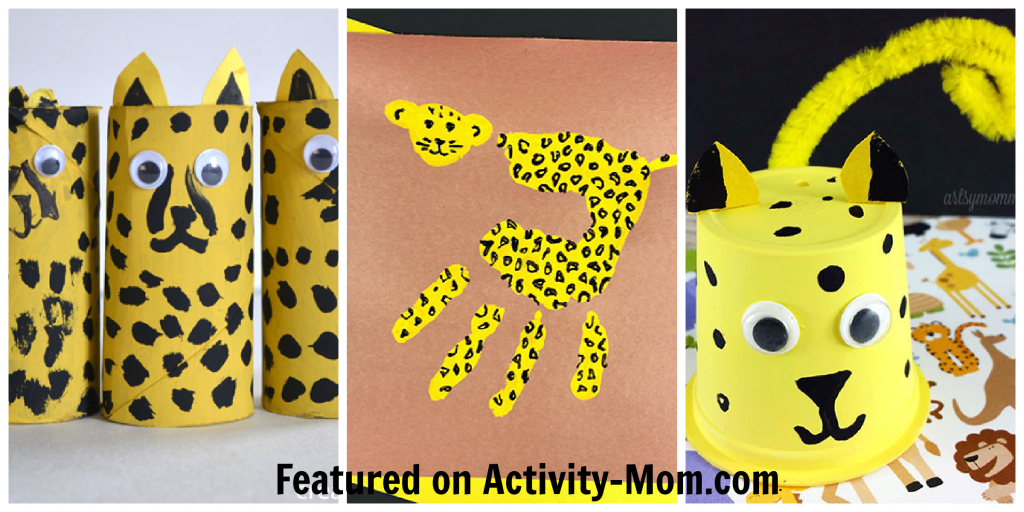 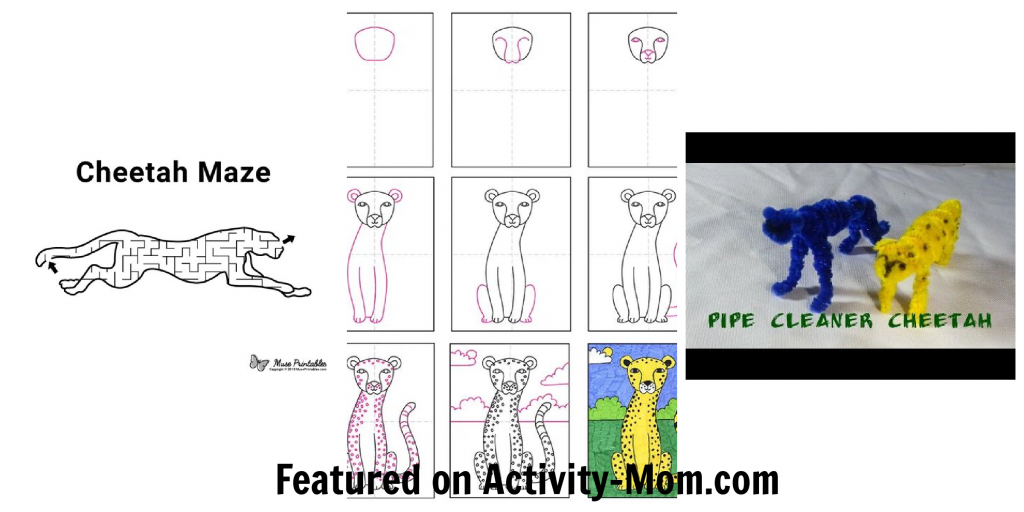 How to Draw a Cheetah from Art Projects for Kids 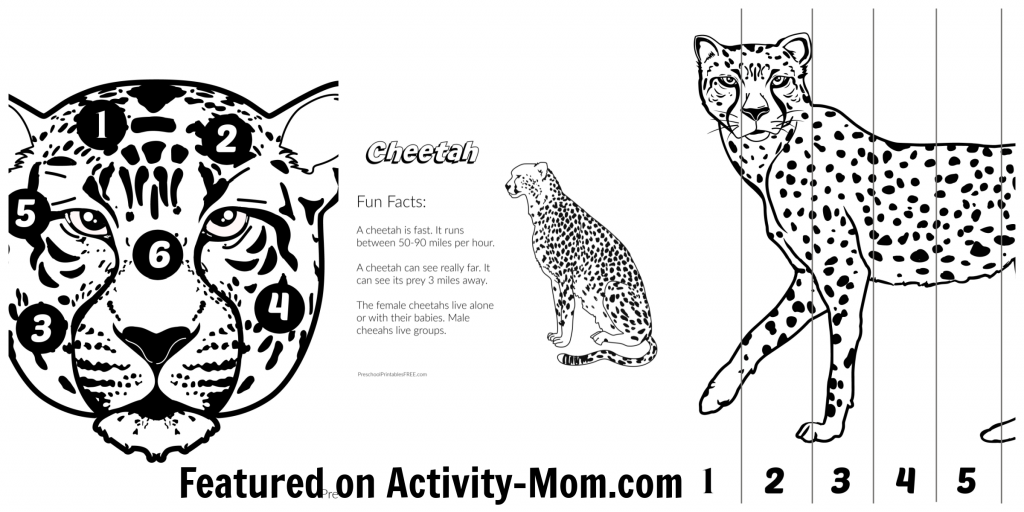